First of all I’d like to particularly welcome those of you who were at the Hadley seminar on Windows 10 today and like to thank Larry Muffett for setting it up for us: http://www.hadley.edu/PastSeminars.asp I’ve endeavoured to include links to further information on most of what was discussed, and also for everyone, a bit of an update and a look back on where Windows 10 is currently at.

So, for a bit of background, Microsoft created the Windows Insider program late 2014 as a way of giving those with an interest access to early “beta” versions of what would become Windows 10. Unlike previous beta programs, Microsoft have continued the Windows Insider program and you can still join it here: https://insider.windows.com/. The reason for this is that unlike previous versions of Windows, Microsoft are going to keep improving and updating the features and user interface as part of their regular updates, as well as continuing to provide patches for bugs and security fixes. With previous versions of Windows, they didn’t tend to update or add many new features over the life of a particular version.

This introduces the potential, as I’ve discussed before, for things to stop working at any time: https://22point.wordpress.com/2015/06/22/upgrading-to-windows-10-could-mean-things-stop-working-at-anytime/ particularly with screen readers, and the flip side of that, it means that future upgrades should be much smoother, as when you buy a new machine, the new one should look the same as the old one, so no learning curve: https://22point.wordpress.com/2015/06/22/upgrading-to-windows-10-future-upgrade-branch-options/ Just yesterday, I received an insider build update (10576) which actually added some accessibility in the form of colouring in the title bar of Windows and adding a coloured border and so making it easier to see: 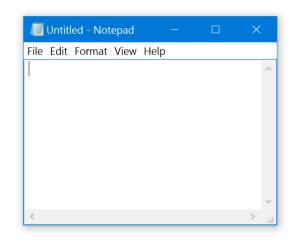 If you are worried about things changing suddenly, then you might prefer Windows 10 Professional which lets you set your updates to “current branch for business” which basically means when Microsoft come up with a new feature (for instance the coloured title bar), they test it in house, then send it out to the insiders, then after that to “Home” version users and finally a few months later to Windows Professional “Current branch for business” users. Here’s a rundown of the different Windows 10 versions: http://answers.microsoft.com/en-us/windows/forum/windows_10-win_upgrade/whats-the-difference-between-windows-10-home-and/55338b22-d042-45cb-b9c9-a1be21b534e1 If you want to buy a new version of Windows 10 or upgrade from home to pro, here are the official pricing details: http://www.techradar.com/au/news/software/operating-systems/windows-10-release-date-price-news-and-features-1029245

So, how is Windows 10 doing? Well an article out this week suggests that adoption has been slow, largely due to people liking Windows 7 and not wanting to change: http://www.i-programmer.info/news/177/9133.html

You don’t actually have to upgrade. If you are happy with Windows 7 or 8 then they will still be supported, Windows 7 until 2020 and Windows 8 until 2023: http://windows.microsoft.com/en-au/windows/lifecycle Please at least tell me you aren’t still using Windows XP whose support has already ended and therefore you are at risk if you are running it.

Why should you upgrade? Well the return of the start menu, which has live tiles may be one – aimed at being “the best of both worlds” the start menu acts similarly to in Windows 7 but with live tiles similar to Windows 8 – so instead of just having a link to open the weather for instance, the live tile actually tells you what the current temperature is, and the news tile gives you current headlines right in your start menu.

Cortana is another new feature which, like Siri on the iPhone and OK Google on Android, lets you give voice commands to open programs, get information or dictate text into an e-mail or document. Here is a more in depth look at Cortana: https://techranker.net/cortana-commands-list-microsoft-voice-commands-video/

So why else might you want to delay or not update? Privacy is the biggest general issue raised: A good article on some of the privacy concerns and how to overcome them is: https://fix10.isleaked.com/

Accessibility is another issue. While most features of Windows 10 work with most AT programs as above, Microsoft Edge, the new browser is one new feature which doesn’t work well with AT. The Windows Store and universal apps are another. The store you can just ignore if you wish, but to avoid Edge you will want to set Internet Explorer (which is included in Windows 10) or another browser as your default. To do that:

If you don’t want to upgrade to Windows 10, here are some links to help:
http://bgr.com/2015/10/26/stop-windows-10-upgrade-messages/ and http://winsupersite.com/windows-10/prevent-windows-10-upgrade-installing-after-making-your-reservation and http://www.zdnet.com/article/your-pc-stuck-in-windows-10-reschedule-or-upgrade-now-limbo-heres-a-fix/ (This last looks like a nice easy option though I haven’t tried this app so can’t comment on accessibility).

If you do upgrade and then later want to reinstall Windows 10, you might like to download the files so you can create your own Windows 10 CD:
https://www.microsoft.com/en-us/software-download/windows10

Finally, should you upgrade? Very good question. If you do, you should find most features work with most AT, though you may need to ensure for instance you use Internet Explorer rather than Edge. There are still some bugs and instabilities, so if you are happy with your existing version of Windows, and can get around the nags and prompts to upgrade, then you are still fine to stay with that. You have until July 2016 to decide to take advantage of the free upgrade offer.

And lastly, particularly for those who have just found your way here (and welcome again!) some other links to my own products / pages etc: